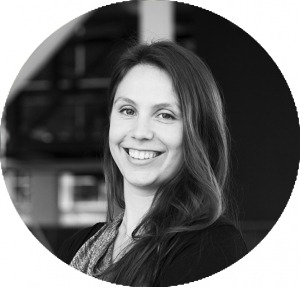 Caroline discoverd during her master’s degree in Work and Organizational Psychology that she has a passion to work with the potential in people. In the early years of her career she focused on Human Resources and Payroll at large multinationals such as ABN Amro and Ahold. Interns were usually under her supervision. Caroline is always an active member of every professional team she works for.

In 2016 she founded BambooBaby, a startup in the washable diaper industry. This started as a hobby, but soon grew into the main focus. Her duties and other jobs were left behind. In 2018 Caroline was a participant of the GO!-NH Accelerator with BambooBaby and the company took off. In the same year she ran a pop-up store for 3 months, visited major pregnancy fairs and was nominated for several sustainability awards on a personal level (DJ100, Duurzaam Ondernemer Medemblik, VIVA400). In the years that followed, BambooBaby transformed into an established company with scaling potential. Caroline is now focusing on applying a long-term vision and strategy for BambooBaby. In 2019 QuQu Diapers, a self owned washable diaper brand under BambooBaby, was founded. From designing the pattern to creating a full social media strategy and building its own website and tool database, QuQu is a next level company. A production partner with the same sustainable vision was found in the Czech Republic.

Since January 2020, Caroline applies all of her knowledge and experience in the Innomics team, with a focus on multichannel social media, automation, mailings, sourcing and communication. Those skills were also an important addition to the team at the organization of the New Economy Now festival in June 2020.